Why NSAIDs are Dangerous ?

Non-steroidal anti-inflammatory drugs, also known as NSAIDs, have been labeled as ‘dangerous’ for many reasons after years of considerable research. NSAIDs have been on the market since the 1960s, so there has been ample research that has gathered information spanning decades. Initially, there were warnings that NSAIDs, while being fantastic for pain relief and reducing inflammation, cause an increased risk for gastric ulcers and gastric upset. This is still true, but now the FDA has issued a warning that NSAIDs can also increase the risk of heart disease, stroke, and heart attack. These are serious consequences that are now attributed to one of the most common classes of drugs in the world today.

Ibuprofen (Advil) and Naproxen (Aleve) are NSAIDs that are available over the counter. NSAIDs are commonly used for mild to moderate pain, such as a headache, joint pain, or athletic injury. Many people who take NSAIDs are advised to take it with food as it can cause stomach upset and possible gastrointestinal damage. When an upset stomach was known as one of the only common side effects, people were more willing to take it. Now, people are beginning to think twice before reaching for an NSAID to relieve pain. Occasional NSAID usage is not threatening to overall health. Instead, every day, long-term use is when adverse side effects can arise. Aspirin, also an NSAID, does not appear to be linked with heart disease. Actually, it has been utilized for years to thin the blood and prevent further risk for heart attack or stroke. The exact cause behind the increased risk of heart complications with long-term NSAIDs is still being evaluated.

So, if these consequences are beginning to cop up, the use of NSAIDs should be trending down. Let’s discuss ways to decrease the use of NSAIDs and instead use holistic means to release pain, fever, and inflammation.

a. Consider using ice or heat to treat pain and inflammation naturally.

b. Ice can help reduce pain and swelling, while heat will relax muscles to provide comfort.

d. Physical Therapy is another beneficial alternative to long-term NSAID use, as it can help treat the underlying cause of pain and inflammation.

a. A fever is the body’s natural response to infection within the body. If you are running a fever, allow a doctor to evaluate you for the causes of infection.

b. Many people immediately turn to NSAIDs at the first sign of a fever, but your body will recover quicker if you do not automatically suppress the fever.

c. For children and adults who are instructed to treat the fever, speak with your physician about using acetaminophen (Tylenol). Tylenol is not an NSAID and does not carry the risk of heart disease.

d. However, in large amounts, it can be toxic to the liver. So, analyze the appropriate amount based on weight and age before administering the medication.

Stay hydrated and rest if you have a fever, and consider taking a lukewarm bath, which may bring the fever down.

If these suggestions do not relieve your pain or inflammation, take a small dosage of NSAIDs for a short period. If you continue struggling with chronic pain and inflammation, speak with a physician near you for other alternatives to treat the underlying condition. 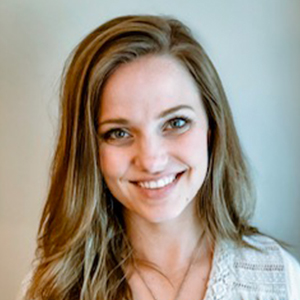